Located in the heart of Georgian Dublin, The Davenport is one of Dublin’s most iconic hotels, and has recently undergone a stunning refurbishment that blends seamlessly its heritage and history with the modern needs of today’s hotel guest.

Located steps from Dublin’s Merrion Square and within a 3-minute walk of Pearse Street train station, The Davenport Hotel is the perfect city-centre location for this event.

The Davenport seamlessly blends history with the needs of today’s hotel guest, offering every modern amenity needed during your stay.

It exudes a historic charm that romanticises guests, drawing them in to experience her character and her story, which dates back to the early 17th Century. 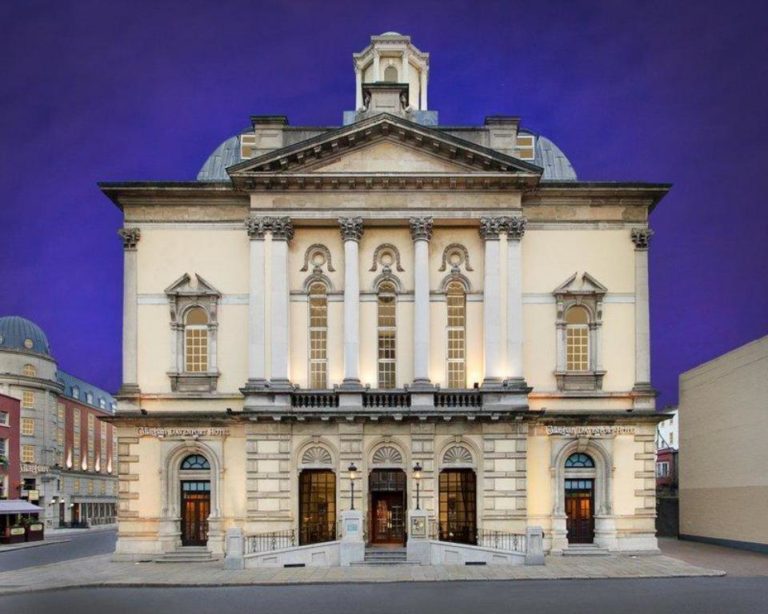 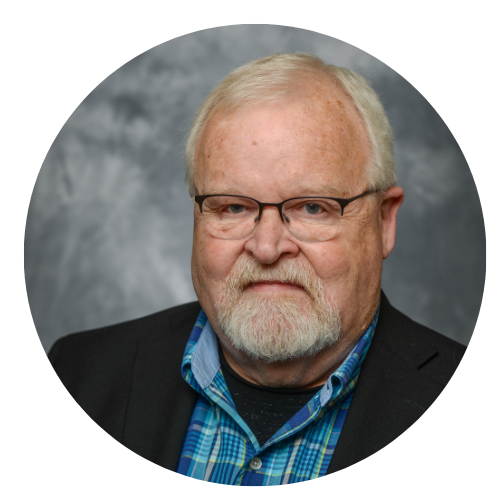 Larry Bridgesmith J.D., is CEO of LegalAlignment LLC and a lawyer in Nashville, Tennessee. Larry is a member of the Global Advisory Group and co-founder of the International Institute of Project Management (IILPM). He founded Lipscomb University’s Institute for Conflict Management. Larry teaches at Vanderbilt University School of (where he co-founded the Program on Law & Innovation) Belmont University Massey Graduate School of Business, The Nashville School of Law and the Albany Medical School Alden March Institute for Biomedical Ethics. As an accredited trainer for the IILPM Larry teaches Legal Project Management at Vanderbilt Law School and trains to qualify Legal Project Professionals under the ILLPM credentials and criteria. He speaks and writes globally on LPM and contributed to the 2021 publication of Next Stage Legal Project Management In 2013, Larry was awarded the Grayfred Gray Award for Public Service in Mediation by the Coalition for Mediation Awareness in Tennessee. In 2017, he received the Justice Janice Holder Award and the Tennessee Bar Association President's Award for technology innovation in the legal system. Larry served as chair of the Tennessee Supreme Court Alternative Dispute Resolution Committee until 2021. The American Bar Association chose his article Collaboration is the Future for its 2019 publication reprint. 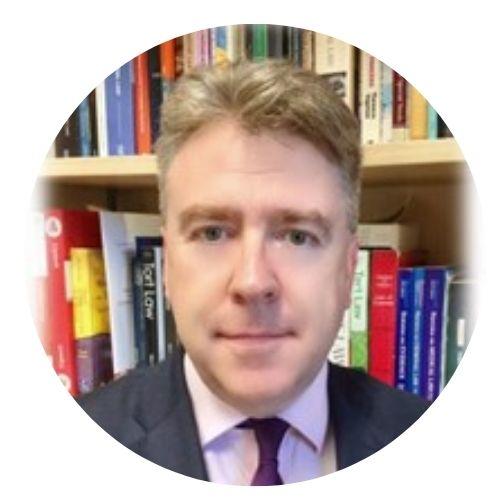 Director, Head of Client Strategies, HelpUsTrade. Professor Dermot Cahill is an Irish Solicitor and former Law School Dean with over 25 years experience specialising in the Law of the European Union. Dermot has worked in a variety of high-powered roles including as specialist National Legal Expert with the College of Europe in conjunction with the European Commission’s EU Internal Market Directorate on the EU’s 1992 Internal Market Program; as Antitrust and Corporate Finance Lawyer with major international Law Firms; as Senior Lecturer at the National University of Ireland, Dublin; and more latterly as Dean of the Law School at the University of Wales, Bangor, UK which saw the Law School ranked in the Top 20 UK Law Schools (out of over 125) at the time of his departure to HelpUsTrade in 2019. A graduate of the famed College of Europe, the oldest college exclusively devoted to European Studies, Professor Cahill bridges between the Common and Civil law worlds, with Professor Cahill (and teams he has led) being the recipient of many prestigious awards and accolades during the course of his career, including the Robertson-Horsington Prize, awarded in Paris in 2017, awarded by the British-Franco Lawyers Association to recognise Dermot’s contribution to excellence in developing a transnational law degree in English & French Law with Toulouse-Capitole I University, France. Recent major peer-reviewed pieces by Dermot are published in the Fordham Journal of International Law; World Competition; Harvard Celtic Colloquium, Public Contracting Law Journal and European Public Law. Long recognised as a leading authority in the field, known for his independence and rigour, Professor Cahill’s expertise has been recognised with many appointments, including service as: - Chair of the Irish Society for European Law and also Editor of the Irish Journal of European Law for many years. - Expert Member for House of Commons Parliamentary Inquiries into specialist subjects such as E-Invoicing; - Membership of the Wales Advisory Committee to the Law Commission of England & Wales; - Advising leading figures in the major UK political parties on government contracting “forward-thinking”, - Drafting Parliamentary Questions for the House of Commons Political Parties - Advising on conundrums relating to BREXIT. - External Examinerships in EU Law for 8 different Universities in Ireland and the UK, as well as acting as Examiner in EU Law for the two Professional Lawyers bodies in Ireland, the Law Society of Ireland and the King’s Inns. Over the last 20 years Professor Cahill has led major European cross-border competitiveness projects across several EU countries, funded by major international organisations including the European Union and the multilateral banks, including the World Bank, where his work has focused on Governance, Institution-Strengthening, Capacity-Building and public procurement workforce optimisation and professionalisation in Afghanistan led to the professionalisation of the National Procurement Institute’s civil service training programmes to international standards. Professor Cahill’s work as lead author in the Barriers to Procurement Opportunity Report in 2009 changed Government contracting policy in Wales, with his co-authored work being hailed by the UK Research Excellence Framework as being “international in quality, in terms of originality, significance and rigour” when assessing the Impact of his work on Society in 2014 (because it advanced steps to bring more Transparency to Government contracting). Professor Cahill’s work on the Barriers Report was hailed by Sir John McClelland in his Report Maximising the Impact of Procurement Policy in Wales (2012) as “outstanding evidence-based research”, and the Confederation of British Industry, which observed it was the “best piece of research” into procurement (government contracting) dysfunctionality seen for many years. Dermot also serves as Co-Director of the UMKC Ireland Summer Law Academy which brings US law students to Ireland to study EU Law and its implications for US Corporations doing business in Europe. 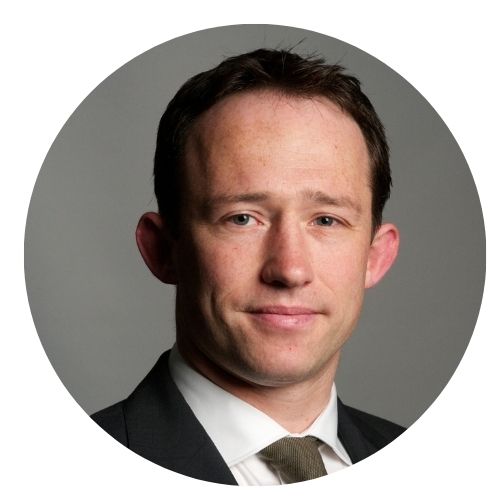 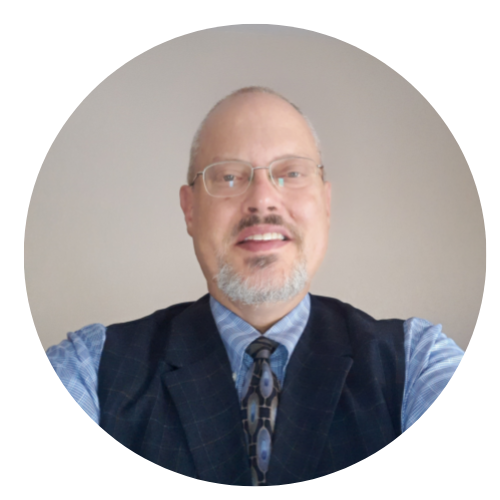 Matthew J. McKeown has more than a quarter of a century experience in front line leadership for the federal, state, and local government. Matt recently retired from a 19-year federal career where he held national leadership positions in both the United States Department of Justice and the United States Department of the Interior. Prior to that, Matt was a Deputy Attorney General for the state of Idaho for seven years. Matt is a frequent speaker and a recognized authority on a variety of legal and litigation subjects and his area of focus is on natural resources and jurisdictional sovereignty issues. 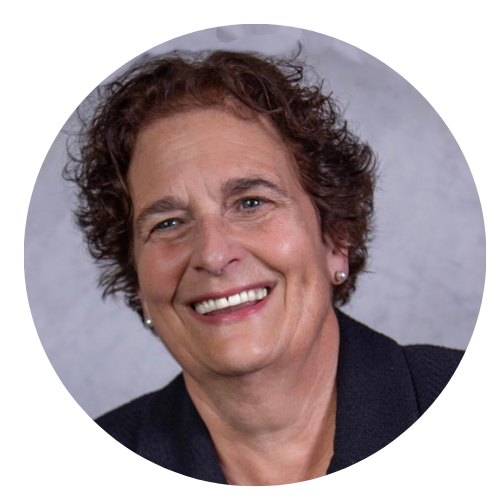 Nedra L. Wick is an attorney/mediator/arbitrator/case evaluator and guardian ad litem (family law & probate matters) of over 35 years. She teaches negotiation, dispute resolution and has written and presented numerous programs in the private and public sectors including the Veteran’s Administration. With a lifetime interest in the rules of war she is certified as an Expert Level Instructor with International Humanitarian Law which she most often teaches through her work as a volunteer with the American Red Cross*. 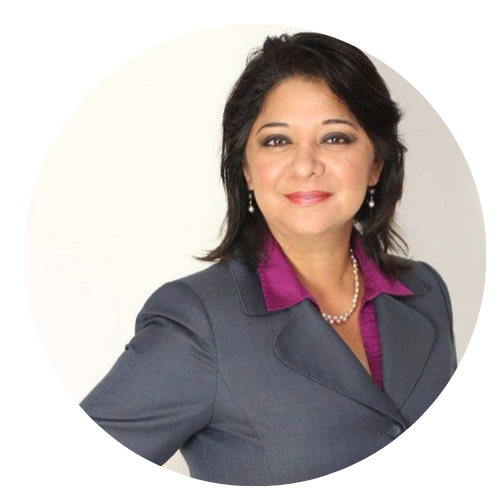 Linda Vega is currently in private practice at the Vega Law Firm.She is also the owner of Legal Immigration For Everyone, LLC (LIFE, LLC) which assists people with their Visas, Waivers, N-400s Citizenships, DACAs, and refers clients to experienced immigration attorneys. Ms. Vega is a frequent guest on FOX News as an expert on immigration law. Ms. Vega was named as one of the Top 100 immigration Attorneys in Texas for 2014 and 2016 and 2017. She was recognized as one of the top 15 Immigration attorneys in Houston, Texas, in 2021, and a Top-rate Attorney for 2021 by AVVO. She previously worked for the US Department of Labor in the Wage and Hour Division where she was an investigator. Her areas of expertise are in Immigration and Labor/Employment-Labor Law. Ms. Vega practices nationally (50 states) and internationally as many of the issues regard federal law and international law. She is a member of the New Mexico Bar, Federal Bar Association, the American Bar Association, American Immigration Lawyers Association, American Trial Lawyers Association, National Res. Senatorial Committee for Small Businesses, U.S. Senate Hispanic Task Force, New Mexico District Court, Texas Southern U.S. District Court. AIPAC Club Member. Ms. Vega is also the founder of Latinos Ready To Vote!, a conservative organization that encourages Latinos to engage in their Civic Duty to Vote. In 2012, Linda Vega was appointed by Gov. Rick Perry to the Family Practice Residency Advisory Committee. The FPRA committee makes recommendations to the Texas Higher Education Coordinating Board regarding the funding of family practice residency training programs. OUR FEATURED SPEAKERS Vega Ms. Vega was the first Latina to run for U.S. Senate in Texas in the 2014 Republican Primary. She garnered fourth place among 8 (eight) candidates including the incumbent, Sen. John Cornyn. This was Ms. Vega’s first run for public office. She is a graduate of the University of Texas at Austin and the George Washington (GW) Law School in D.C. She is completing her MA in Jewish Education, in 2017, from Hebrew University, in Jerusalem, Israel.
Register

Arrive in Dublin. Check-in at hotel and take time to get acclimated to the time zone. Afternoon and evening on your own.

An Introduction to Dublin Tour

The Digital Transformation of Law

Dual Citizenship: The Advantage of Having Two
Countries with Different Tax Systems

Extra free time on your own.

How Irish Solicitors are trained in Ireland

The European Union Powerful Legal Architecture and Its
Law-Making Institutions

The Greatest Show on Earth: The European Union’s Four
Freedoms of Goods, Services, Corporations and Money.
Why US corporations use Ireland as their European HQ

Representing the Petitioner and Beneficiary in Business Immigration: The Business and the Employee

When Every Day Becomes the Lost Weekend: The Ethical Challenges Presented by Attorney Alcohol Abuse

Transport to the airport or extend your trip.

Registration includes:
• Hotel stay for 7 nights (June 10-17, 2023) at The Davenport Hotel.
• Round-trip transportation from/to the airport (renting a car is not advised)
• 17.5 hours of Continuing Legal Education seminars for paid attorney
• Entry to EPIC The Irish Emigration Museum with group tour guide
• Dinner at The Guinness Storehouse
• An Introduction to Dublin Tour
• Dinner at Johnnie Fox’s Hooley Show with transportation
• Tour to Kilmainham Gaol with transportation
• Breakfast and break food on Tuesday and Friday
• Lunch on Tuesday, Thursday, and Friday
• Transportation where necessary

What is not included:
• Airfare (Yet we can quote and book this for you)
• Travel insurance. You must have insurance coverage or sign a waiver.
• Costs associated with required COVID pre-testing, if required.
• Additional days and tours in Ireland, yet we can book these for you.
• Incidental charges to your sleeping room
• Meals not listed in the brochure

Qualifies for 13 General and 4.5 Ethics Credits

California is a self-reporting jurisdiction and we do not report your completed course to the State Bar of California. Please retain your certificate as a record of your attendance for at least one year from the time your CLE compliance is reported.

Connecticut does not administer a formal approval process for MCLE courses. If an organization’s MCLE course has been authorized in another jurisdiction, then the course is automatically approved in Connecticut.

Qualifies for 13 General and 4.5 Ethics CLE credits via reciprocity through the Wyoming State Bar. Hawaii is a self-reporting state. Keep your certificate of completion.

Approved for 17.5 hours, including 3.5 #thics and 1 Professionalism CLE Hours

Members must evaluate any course attended and use their best judgement to determine if the course meets the purpose and qualification provisions of Rule 53. If qualified, the member may enter the course may into his/her ART account on the New Entry page.