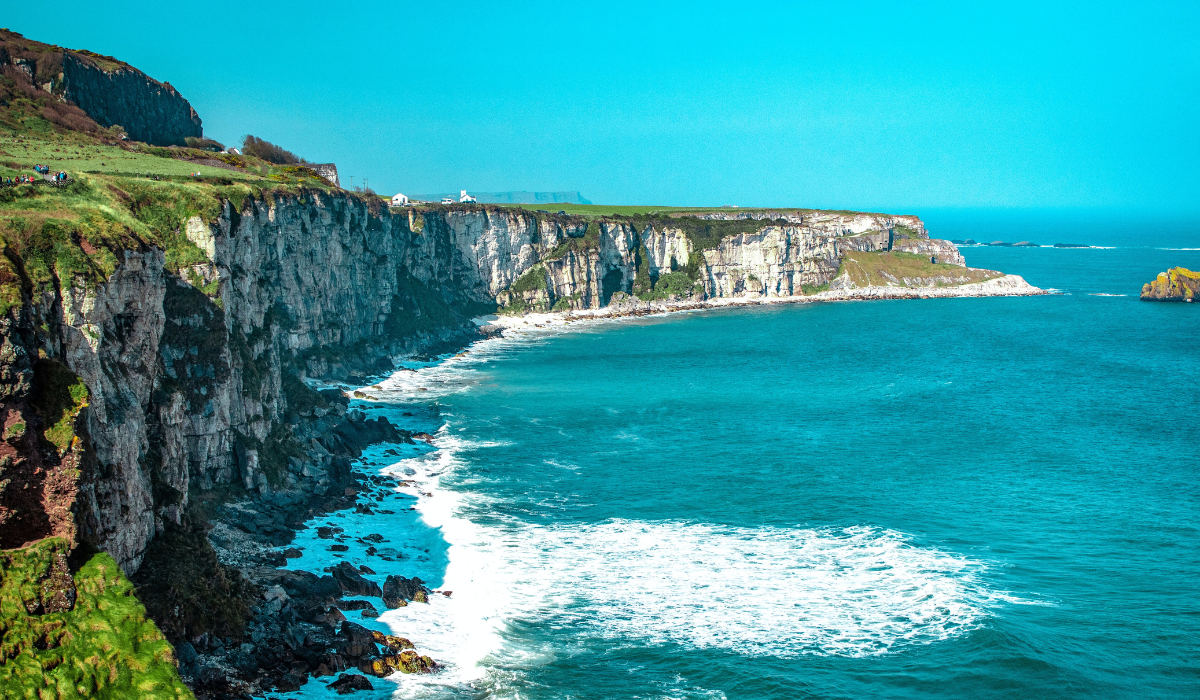 If you’re looking to travel to Ireland this year, there are a few things you should know. Here are our top 10 Ireland travel tips to help make your trip smooth sailing. From what to pack to how to get around, we’ve got you covered.

So sit back, relax, and start planning your dream Irish getaway today!

1. There Are Two Irelands

The first Ireland travel tip we have for you is to know that there are two Irelands. Of course, most Irish locals would appreciate it if you knew what the difference is before you get there!

Second, it’s important to know that their governance is different. To put it simply, Ireland has a president while Northern Ireland is ruled by the same king who rules the United Kingdom—King Charles III.

However, both nations mostly speak English, with the people of Northern Ireland speaking it more often than those who live in the Republic of Ireland. Despite most Irish people choosing to speak English rather than Irish, there are still Gaeltacht locations that exist on the Emerald Isle, mostly found on the west coast, that keep the Irish regional language alive.

It’s always a good idea to check with your debit card and credit card companies about transactions and withdrawals before traveling abroad. Some cards have no foreign fees while others will charge exorbitant transaction fees, so it never hurts to double-check. Additionally, it’s good to know that American Express isn’t usually accepted at most places in Ireland. So, it’s better to stick to other credit cards and debit cards, like Visa and Mastercard.

Also, if you’re considering traveling between Northern Ireland and Ireland, don’t forget to have your money exchanged. These destinations use different currencies, with Ireland using the euro and Northern Ireland using the British pound. We recommend checking for the best exchange rates before exchanging your U.S. dollars to pounds or euros so you can make sure you get a good deal.

3. Keep the Weather in Mind When Packing

If this is your first trip to the Land of Saints and Scholars, it’s crucial to plan what to pack ahead of time. The Irish weather is a little unpredictable and you can typically expect some rain showers, even during the summer months. Because of this, one of the best Ireland travel tips that you should know is to always bring a waterproof jacket.

If you want to avoid crowds, the best months to visit are mid-September to late October. You’ll find that the accommodations and attractions are usually cheaper during these months. Usually, the peak season for tourists is during the summer months, especially during July and August.

Of course, St. Patrick’s Day is on March 17th every year, so you can expect Dublin to be packed with both locals and tourists who are out to celebrate. Generally, the driest month is April, but you can expect the southern parts of Ireland to be the driest in June.

Also, June is the best month for U.S. lawyers to complete their continuing legal education thanks to Destination CLEs. With the Eduvacation℠ of Destination CLEs, you can earn 17.5 CLE hours with topics ranging from International Law to Taxation in Dublin, Ireland. While this trip is currently sold out, you can click here to get on the waitlist if you want to be notified when a spot opens.

While it may be true that most tourists enter and exit Ireland through the Dublin airport (DUB), you can also land and depart at Shannon Airport (SNN). In fact, SNN is closer to many popular destinations like the Ring of Kerry and the Cliffs of Moher than DUB.

No matter which airport you fly into, we recommend catching your flight with Aer Lingus. This Irish airline offers flights from several U.S. cities, including Boston, Chicago, Los Angeles, Miami, New York, Seattle, and more.

Like in most foreign locations, it’s usually much better to buy a local sim card or even to use your smartphone only while connected to Wi-Fi than to rely on your international mobile plan while you’re abroad. In most cases, international mobile data plans are more expensive than local plans. Of course, it would be best to check your phone’s subscription plan before you decide.

Another top travel tip for Ireland is to always have photocopies of your travel documents on hand. This includes your visa (if any), passport, and other important papers or IDs. In addition to travel documents, it might be a good idea to purchase travel insurance before your trip.

While Ireland doesn’t require you to show travel insurance upon entrance, it’s always a great idea to have it anyway, especially if you have any active excursions planned. For instance, if you know you’ll be hiking, biking, or swimming while you’re in Ireland, getting travel insurance ahead of time could come in handy if it covers these recreations.

7.   Make Use of the Public Transportation

Thankfully, you don’t have to rent a car to get around while you’re in Ireland. The cities in this country have extensive bus and train systems that make it easy to get around, plus there are always friendly taxi drivers to take you wherever you go.

However, if you do rent a car, it’s important to know that Irish people drive on the left side of the road. Because of this, driving on the island of Ireland for the first time might be confusing, especially if you come from a country that drives on the right-hand side of the road like the United States.

In addition to the driving orientation, you also need to be cautious of narrow roads, especially while in the country. Also, be mindful of the road signs here, as they can be in both English and Gaelic languages.

If you have time to spare during your Irish stay, we recommend you to visit the three World Heritage Sites: Giant’s Causeway and Causeway Coast, Bend of the Boyne Archeological Ensemble, and Skellig Michael. If you chose to visit these sites, be prepared to be in awe of the rich history and beautiful sights at these breathtaking locations.

9. Get Off the Beaten Path

Of course, there’s so much to see in this country that we recommend you don’t spend all of your time in Dublin when you do visit Ireland. There are so many attractions outside of Dublin that are worth the visit.

Here are just a few of the best places you can go while you’re here:

Imagine waking up in the morning to a breathtaking view of Ireland’s iconic cliffs while hearing locals speaking the Irish language around you. The Aran Islands offer a true sense of discovery with their ancient ruins, historic churches, and so much more!

Hearkening back to a time long ago, when Ireland was still largely an island nation untouched by European colonization and settlement, the village of Adare has been designated as a heritage town by the Irish government. The people living in this beautiful village have maintained their traditions throughout the centuries, despite being surrounded by different cultures.

On the southern coast of Ireland, you can take a walk through the narrow streets of Kinsale and get a feeling for its unique 1,000+ year history. While you’re here, we recommend you try some fish and chips while hanging out near the beautiful harbor, or dine at Bastion, a Michelin-star restaurant.

Related: What Do You Need to Travel to Dublin, Ireland?

10. Immerse in the Irish Culture

Last but certainly not least, don’t forget to grab a pint of Guinness while enjoying some live music! One of the best ways to enjoy your Irish trip is to join the local pub scene. You’re sure to experience good service, fantastic food, and craic (meaning “a good time” in Irish)!

Related: The Best Places to Go for a Weekend Trip in the U.S.

Whether you’re looking for a little bit of history and culture, some awe-inspiring outdoor adventures, or if you just need to complete your CLE hours for your legal career, Ireland is definitely worth putting on your travel list.

While our Destinations CLEs trip to Ireland is already sold out for 2023, make sure you join the waitlist so you can be notified if a spot opens!

It’s time to start dreaming about those rolling green hills and charming villages. Ireland is waiting for you!

Have you traveled to Ireland before? Let us know your own travel tips for Ireland in the comments below.

“Ireland and UNESCO” from Department of Foreign Affairs

How to Take Vacation as a Lawyer

No comments to show.